Your employees may be lonely. Workplace loneliness can kill productivity. Here are five stellar ideas that office and facilities managers can put into action and create a better workplace for isolated workers, and everyone.

Most American workers will spend about one-third of their lives at work. But while they’re often there at work literally surrounded by people, more and more are feeling isolated and alone. Workers often just don’t feel connected to each other anymore, and that impacts their productivity.

Loneliness in the U.S. has reached epidemic proportions.

Whether due to technology overload, long hours on the job, or family obligations, workers in today’s economy go out less often, have fewer friends, and are far less likely to interact with one another for extended lengths of time.

This places a unique burden on the modern office because it’s where many workers turn for socialization. Without some level of interaction, either inside or outside the workplace, it’s easy for workers to feel left out and withdraw. This can result in reduced productivity, a lack of workplace engagement, absenteeism, and even increased mortality rates. According to Darcy Gruttadaro, director of the Center for Workplace Mental Health (a program of the American Psychiatric Association), “There is a direct correlation between loneliness and productivity and absenteeism.”

While hosting an all-hands meeting might earn a collective groan from many office workers, it’s at the top of the list for a reason. Gathering all workers in one place isn’t just about keeping everyone informed and on-task. It’s about coming together, building stronger connections, and creating stronger teams.

Organizations that are experiencing a bout of workplace loneliness only need to do one thing to make an all-hands meeting effective: Loosen up.

The best all-hands meetings aren’t scaled-up versions of a dry office meeting. In fact, many of them are open-forum town halls or community events where employees have the opportunity to interact with one another across the organization.

For office and facilities managers, this might mean rearranging existing meeting spaces to be more communal. Instead of arranging tables so that everyone is facing forward, arranging spaces where workers can easily interact may drive up engagement and participation.

Done well, an all-hands meeting helps individual workers connect to the company vision and the teams and departments — including their own — that make it all possible.

Sometimes, solving workplace loneliness is all about increasing the number of worker interactions. It’s known that networking with coworkers and colleagues is a great way to increase value in the workplace, but shy, awkward, or isolated workers may lack the knowledge or confidence to network on their own.

Create an informal way for workers in separate departments and teams to spend time with one another. You can go as far as shaking up your floor plan. Or, do something that doesn’t require you to rearrange your entire workspace.

Set up an in-house concierge service that pairs people with someone of interest on a weekly basis. Once coworkers have been paired up, book a space and a time for their meeting or give them a few meeting ideas and leave it up to them to organize.

The best part about implementing co-worker networking is that the true value is the interaction itself. Workers and teams who know and understand what one another can do may see further opportunities to connect around workplace projects.

One way to combat workplace loneliness is by leaving the office behind for community volunteering.

This is a common tactic used by major companies around the world because it’s an effective way to build team relationships while working for the common good. Volunteering projects are local, are usually easy to join, and are almost always happy for the help.

By championing a volunteer project, isolated team members have a chance to connect with coworkers around non-work topics and projects. Those smaller insights and off-topic relationships can help drive loneliness out of the workplace as workers unify around a specific cause or idea.

What’s more: Your volunteer team represents the good your company is doing in the local community. While you should never volunteer strictly as a PR stunt, championing a volunteer organization can be a win-win for everyone involved.

A Big Opportunity for Facilities Managers.

Facilities and office managers have the power to drastically shape the environment where workers spend most of their time. Rearrange your existing space and create areas where your team can congregate, unite, and grow together.

We can help you get there »

It’s no secret that workers have lives outside of the office environment. With a little planning, it’s possible to leverage that outside experience to build better relationships by creating communities based on interest. This can go beyond fantasy football teams and inter-office rivalries, too.

Office and facilities managers looking to build communities based around interest should seek to discover what those interests might be. Ask around, conduct an office survey, or start a signup sheet.

Once you have a better idea of the group and group size involved, adapt the space within your office to meet the needs and requirements of the group. For simple groups like a book club or a sewing group, this might be easy. Other groups might require some equipment or space that can be modified specifically to suit their needs.

If you’d prefer to take this in a different direction, create interest-based communities around workplace objectives like health, wellness, efficiency, or satisfaction. Give team members the tools and resources they need to make an impact within your organization and allow them to connect with the rest of the team in order to gather ideas and feedback.

Both of the options can help eliminate workplace loneliness by helping workers unite a shared cause. When empowered by your organization to do so, this can help workers feel more engaged both with teammates and workplace goals.

Creating spaces for in-person meetings, co-worker networking, one-on-ones, and small group meetings is something that’s simple to do but easy to overlook.

While we’ve mentioned it a few times throughout this article in conjunction with other initiatives, it also deserves its own space to shine.

Boosting employee engagement, productivity, and retention is a notoriously difficult thing for companies to do. According to one Gallup study, only 33% of employees are engaged in and love their jobs. On the other end of the spectrum, 16% of employees are actively disengaged, miserable, and destructive at work. The other 51%? They’re not engaged; they’re just there.

Addressing the issue of workplace loneliness offers an intriguing opportunity for companies to boost these important metrics and make their operation more efficient and productive. In fact, it could be a critical component in its long term success.

By building spaces where workers feel comfortable interacting and connecting with each other, the facilities manager could play a key role in getting employees out of their ruts and making the wheels of production turn a lot faster. Anything’s possible.

Join 8,674 facilities professionals and get the latest tips and updates delivered straight to your inbox!! 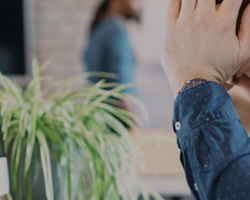 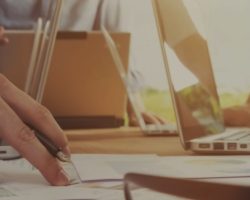 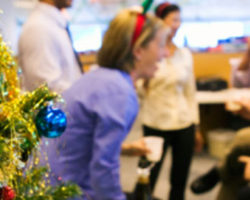